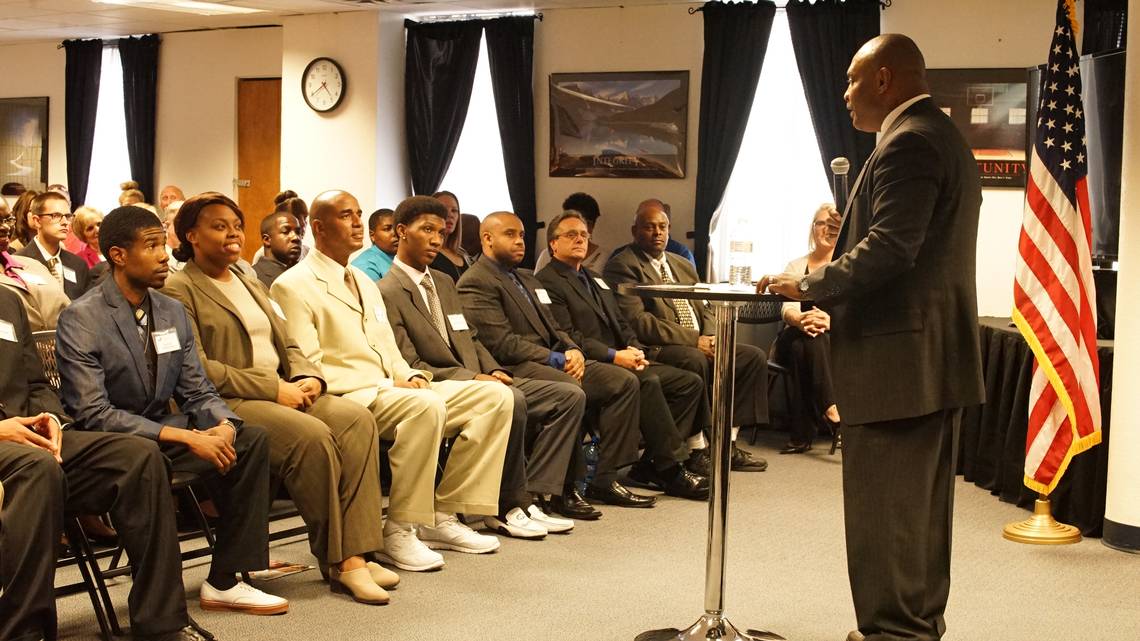 Jon Ponder has lived both sides of the debate on criminal justice reform.

After two convictions for robbery, Ponder, 52, left prison a new man in 2009, he said. He was closer to God and had a better understanding of himself and his personal failings.

“I didn’t go to prison,” Ponder said of his transformation behind bars. “I went to Bible college.”

Now an associate minister at a Las Vegas church, Ponder is also the founder of HOPE for Prisoners, a program that helps more than 300 former inmates each year adjust to life after prison by providing financial advice, personal mentoring and connections to local employers.

Ponder’s personal journey and his efforts to help former prisoners turn their lives around have earned him several trips to the White House this year.

He and other ministers met with President Donald Trump last week, in hopes that Congress and the Trump administration can strike a deal on prison and sentencing reform.

Ponder said he believes Trump supports inmate re-entry programs as much as he does.

“I think that something would really have to be wrong with that man to sit down in that room and have the conversation with the (ministers) that he did, if he was not being sincere about this,” Ponder said. “I believe that he spoke from his heart. He shared in that room that he was very compassionate about this, and about the importance of people who are fighting for a second chance.”

As the White House seeks to make headway on criminal justice reform, Trump will meet with governors at his golf resort in Bedminster, N.J., on Thursday to discuss prison and sentencing reform.

The timing is propitious. Republicans and Democrats have found rare common ground, agreeing that the federal government needs to jail fewer people for less time at a lower cost to society.

Trump supports the First Step Act, a bipartisan prison reform bill which passed the House in May. It would provide $250 million over 5 years to beef up education, vocational training and rehabilitation programs within the federal prison system.

Inmates who participate in the programs would receive credits toward early release and would be expected to be better prepared for employment once they leave prison.

“We passed the First Step Act through the House, and we’re working with the Senate to pass that into law. And I think we’ll be able to do it. When we say “hire American,” we mean all Americans — every American, everybody,” Trump said at the meeting with ministers.

Although the bill passed 360-59, critics say the First Step Act doesn’t address the “front end” problem of longer prison sentences which have fueled decades of growth in the federal prison population.

To that end, the Sentencing Reform and Corrections Act, which passed the Senate Judiciary Committee by a 16-5 vote in February, calls for loosening federal sentencing guidelines for repeat non-violent drug offenders and scrapping the “three-strike” mandatory life in prison provision.

Looking forward to HOPE for Prisoners Tuesday Nigh

May 15th-June 15th IMPACT REPORT!💙 We are conti

At HOPE for Prisoners we are looking very forward