Regina Helm slept in a car Wednesday night with her 11-year-old granddaughter, because she was going to do whatever it took to see her incarcerated son.

“I wanted to be in the same state with him. I just miss him,” Helm said while wiping tears from her eyes Thursday night at The Crossing Church, 7950 W. Windmill Lane.

Helm’s son, Jimmy Bocanegra, was one of 50 inmates who celebrated Christmas with their families at the church through a program with the nonprofit Hope for Prisoners. Because of transportation and financial issues, Bocanegra had not seen his mother or daughter, who live in California, for two and a half years.

So when Helm learned that Bocanegra would be able to leave his transitional home for the Christmas event, she arranged the nearly eight-hour drive to Las Vegas from her home in Merced, California. In the car Wednesday night, she stayed up late with her granddaughter, Arianna Bocanegra, and cuddled under blankets, because they couldn’t afford a hotel room.

She was determined to see her son again.

“I told (Arianna) if we get five minutes and 30 seconds, I’ll drive across the world to do it,” Helm said, adding that she was proud of her son and who he’s become since going to prison. 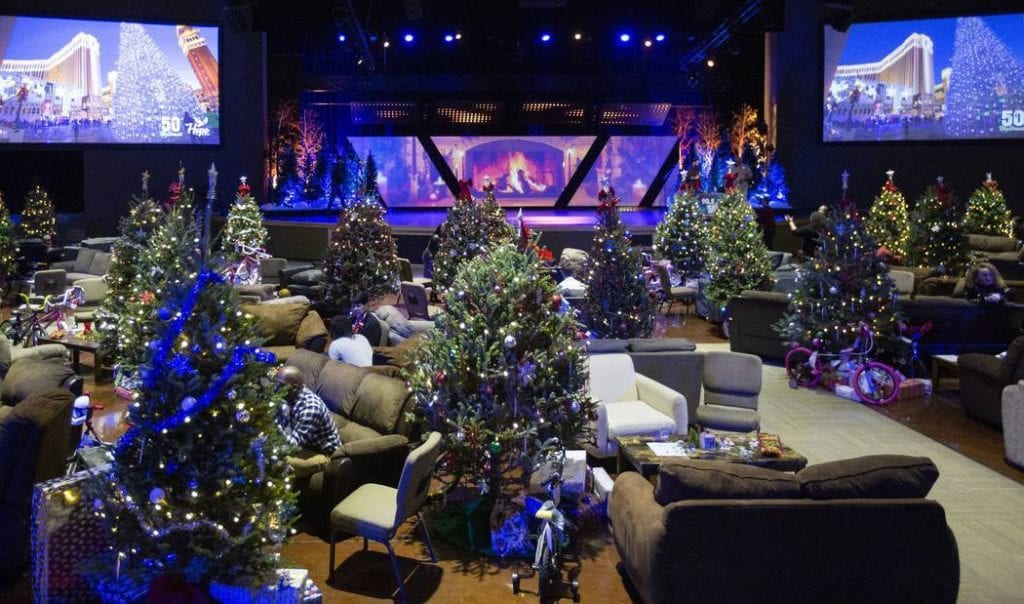 Jon Ponder, the CEO of Hope for Prisoners, said it was the fifth year the nonprofit organized the Christmas event. All of the inmates who went to the event live at Casa Grande, a transitional facility that houses inmates who will soon be eligible for parole.

Each family sat on couches and armchairs arranged around a coffee table and a Christmas tree. Donated presents for the inmates’ children were placed under the trees, along with the occasional bike. Religious Christmas music piped into the room, but the sound of children laughing or crying out for their dad was louder.

“It’s a lot, I’m very, very happy,” said 27-year-old Robert Owens, who wore a suit as he sat on a couch with his girlfriend and watched their young children play.

Owens hadn’t seen his kids since he was incarcerated two and a half years ago, he said. They live in California and couldn’t visit because of transportation issues. His daughter, who was 3 months old when he was incarcerated, wouldn’t let her dad hold her Thursday night.

It didn’t seem to bother Owens. He just wanted to see his kids.

“That’s all I’m trying to do is get back to them,” he said, adding that the night “felt like a dream.”

Arianna Bocanegra held her father’s hand and sat as close as possible to him on the couch. She said her dad looks healthier than when he was arrested — which Jimmy Bocanegra said was for making counterfeit money.

“Being around him feels better than being around him when he was doing bad,” she said, clutching stuffed animals handed to her by a Metropolitan Police Department officer.

Jimmy Bocanegra said he’s looking forward to hopefully being granted parole in February and finding a job in Nevada after his sentence expires May 10. He said that going to prison made him change his priorities in life.

“I lost sight of what was important — time with my family,” he said. “I didn’t realize that until I got ripped away from all that.” 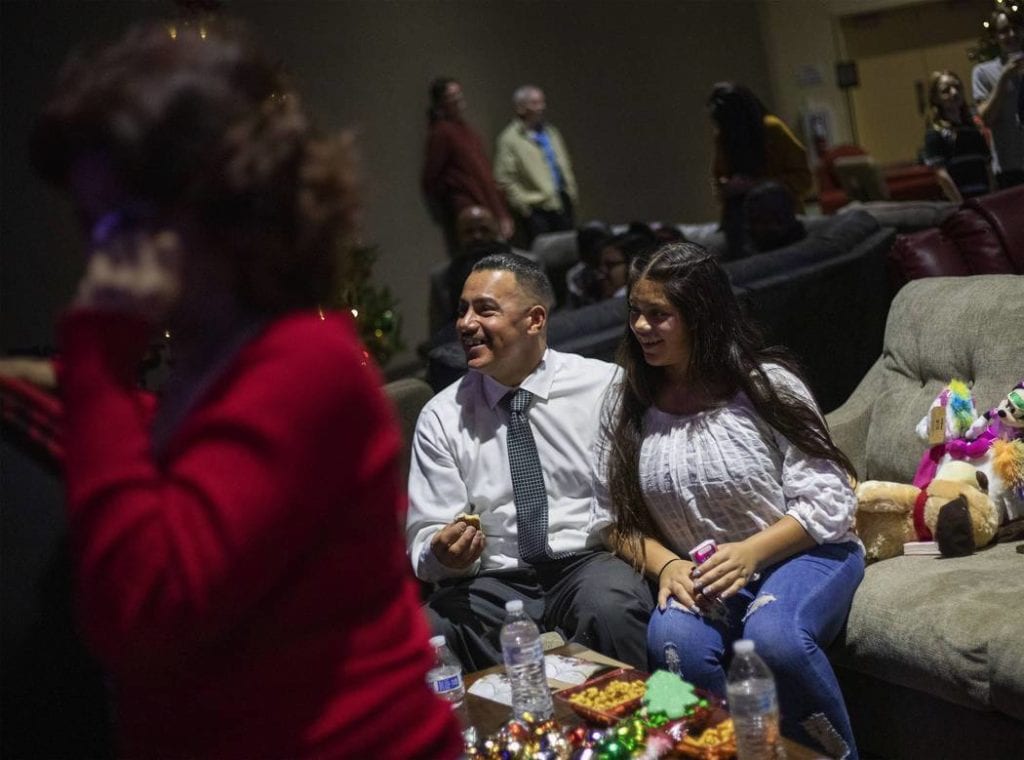