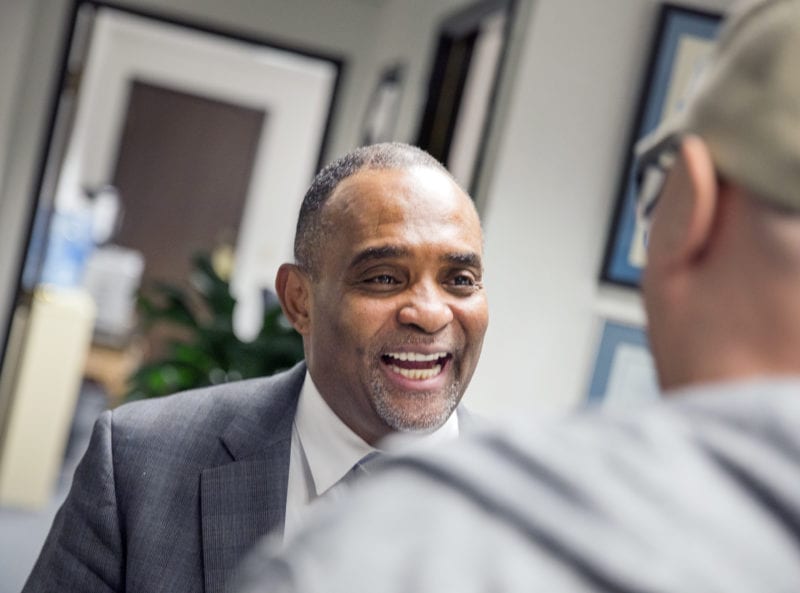 Everybody benefits from such a second chance. Most of us have gotten a few breaks in our lives that have enabled them to start fresh, or at the very least, start again. Given the scale of the prison population in Nevada and across the United States, as Martin Luther King Jr. once said, “The time is always right to do what is right.”

Earlier this month, 52 men and women who have recently finished serving their time in prison found themselves back at Las Vegas police headquarters — not for breaking the law, but for breaking through to new, brighter futures and completing a re-entry program that will enable them to improve their lives, families and communities.

As many as 10,000 people are released from prisons each week across the United States. One in three Americans carries some form of a criminal record, and the collateral consequences that come with one — limited access to transportation, housing and job opportunities that can lift them out of a negative cycle. In Nevada, there are 23,000 people in various facilities, and 42,000 overall in the state’s criminal justice system, including those on probation and parole, according to the Prison Policy Initiative.

Both of us have experienced the criminal justice system firsthand — Mark, as a prison guard in Massachusetts, who saw former classmates who made the wrong decisions and paid the price; and Jon, who faced significant challenges to reintegrating to his community after serving time in prison. We have seen the power of redemption — how free people can do extraordinary things for themselves, for their families and their communities.

That’s why it is so critical for businesses — such as Koch Industries, an employer of more than 67,000 in the United States — and nonprofit organizations — such as HOPE for Prisoners, a re-entry service that provides long-term support to people leaving prison — to work together and find ways to unite people from all backgrounds to restore second chances for all.

For its part, Koch Industries has banned the box on employment applications asking about criminal convictions, choosing to evaluate job candidates on their potential, not their past. Koch also has partnered with the Society for Human Resource Management on the Getting Talent Back to Work pledge, joining partners across business and communities to consider all qualified applicants.

Through mentoring classes that teach finance, business, leadership, professional development and technology, HOPE for Prisoners empowers and enables success in everybody it touches, including individuals released from federal and state correctional facilities, local jails and rehabilitation centers, as well as those participating in special court programs.

It was humbling and awe-inspiring to look out and see so much potential and to realize that there are networks like this all over the country who are doing their part to enhance public safety and restore second chances. They’re not doing it for the glory — they’re doing it because it’s the right thing to do. It makes sense morally, fiscally and constitutionally.

Across the United States, 95 percent of those currently behind bars will one day re-enter our communities. It is incumbent upon us to work together and develop the solutions, programs and partnerships that will help our returning citizens help themselves and become productive members of society. As the latest group of graduates walk across the stage, they know that the path ahead of them is long and fraught with challenges.

It will not be easy to rebuild — or in some cases, build for the first time — the support systems and structures that will help them succeed. It is a monumental effort that will take all institutions in society to realize. These graduates won’t be alone. HOPE for Prisoners has trained and equipped more than 500 people in to serve as mentors, including pastors and church leaders across Southern Nevada, schoolteachers and staff members from institutions of higher learning, law enforcement and program alumni.

But with our daily efforts, we can help these individuals take the first step toward improving their lives and light the way forward for others to follow.

Sometimes, all it takes is a little hope.

Mark Holden is senior vice president of Koch Industries. Jon Ponder is the founder and CEO of HOPE for Prisoners Inc.