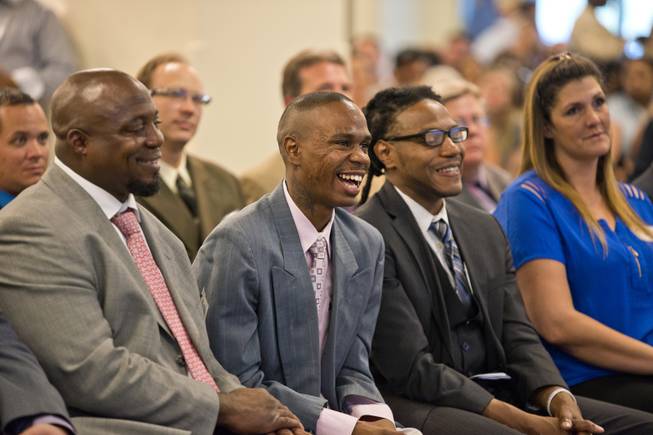 Hope for Prisoners helps ex-offenders reenter society — and inspire others

A young boy asked if he was on the right bus route to a casino on Boulder Highway. Veronica Adwell, the driver, guesses the boy was about age 8 or 9 years. 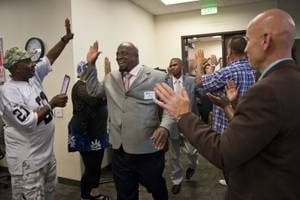 Adwell, 36, was working overtime for bus company Keolis, driving the Boulder Highway route when the boy stepped on her bus.

Later that night, around 11 p.m. or midnight, when she switched to the Maryland Parkway route, Adwell saw the young boy again. She had originally picked him up around noon.

The next day, Adwell was driving her normal route on Sahara Avenue when she saw the boy again. This time, she took action and called her supervisors.

“My supervisor said that they were going to dispatch Metro,” Adwell said. “We can’t leave from certain time points early [on the route] so I pulled him off the bus and got down on his level and said: ‘Hey what’s going on with you and do your parents know where you are?’”

The child told Adwell he was a runaway and his parents were drug addicts. He was going to go live with his uncle in San Francisco who could take care of him as soon as he got to the airport.

The boy was reported missing for two weeks before Adwell intervened. The situation hit home.

Two years before, Adwell was a recovering drug addict herself and re-entering the Las Vegas community after her second time in prison, this time for stealing a car to sleep in when she was homeless. She was on parole.

This time, a parole officer enrolled her in Hope for Prisoners, a nonprofit group that helps former offenders return to society after exiting the penal system. Without the program, which boasts a 74 percent job placement rate and hundreds of success stories, Adwell would not have been able to help the child.

The Regional Transportation Commission of Southern Nevada on Thursday awarded Adwell with one of its Las Vegas Fixed Route Transit award for her actions. It is the highest honor a mechanic or operator can receive. 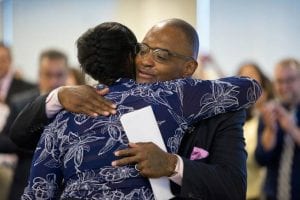 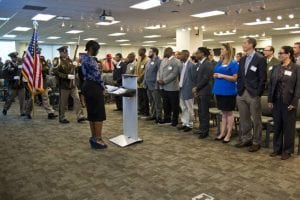 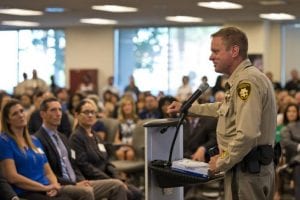 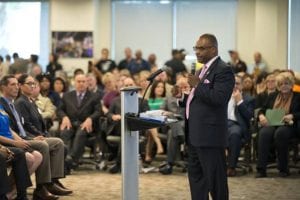 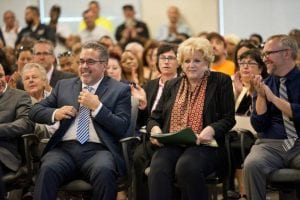 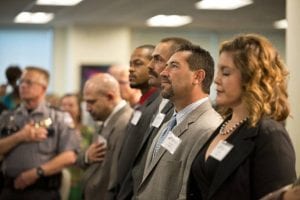 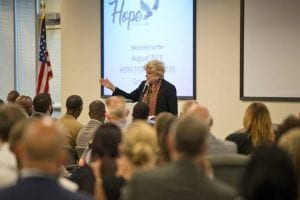 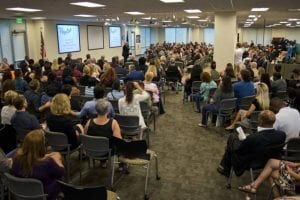 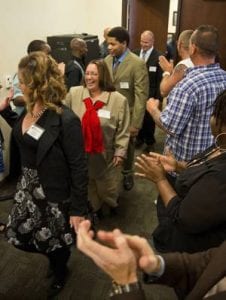 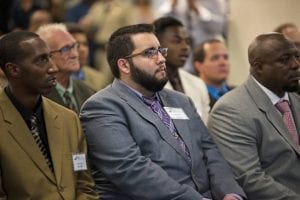 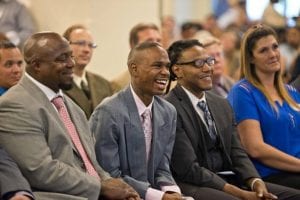 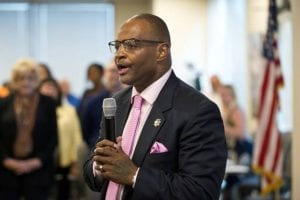 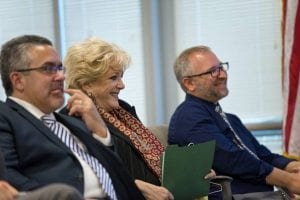 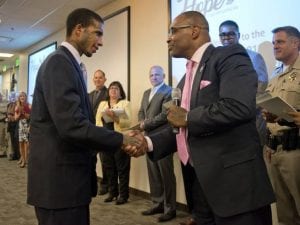 Mentor: Help former offenders reach their potential through Hope for Prisoners’ 18-month mentorship program. Mentors must be 21 years old and commit long-term. To begin the process or learn more about what it takes to be a mentor, visit: https://hopeforprisoners.org/become-a-mentor/

To volunteer, apply at https://hopeforprisoners.org/volunteer/

“There is such a bad stigma about people coming home from prison … and people don’t think they’re going to be able to add value,” said Jon Ponder, the CEO and found of Hope for Prisoners. “But when we have people and position them to where they’re going to be flourishing in our community, then what they do is they open up the door for the next people.”

They do this through partnerships, whether that is between former offenders and mentors, or between the organization and other agencies like Metro Police. That partnership caught the eye of the White House, which is looking to the Nevada program as a model for other states because of its partnership with law enforcement.

The program expanded to Wisconsin and plans to expand to more states.

Ponder, a former prisoner, founded the nonprofit in 2009 because of his own experiences. When he exited a maximum security federal penitentiary and returned home, he wanted to help those in a similar situation.

“I had a conversation with God when I was in prison, and it just changed my life,” Ponder said. “This is my calling in life: to turn around and help other people coming home.”

The program fills a void as Nevada’s imprisonment rate is 15 percent higher than the national average, according to the Department of Justice’s 2016 National Prisoner Statistics. Clark County follows the state’s trend with prison admissions increasing by 16 percent since 2013, according to the Crime and Justice Institute’s Advisory Commission on the Administration of Justice report for Nevada.

More than 2,400 have graduated from Hope for Prisoners, with more than 300 trained mentors guiding former offenders. The program also reunited Adwell with her teenage daughter.

Hope for Prisoners hosts a graduation about every month, including at 4:30 p.m. today at Metro Police offices, 400 S. Martin Luther King Blvd, where 32 men and women will be graduating from the first part of the program. Graduates will participate in an 18-month mentorship and extensive case management to ensure that they’re doing well.

One of the requirements of the graduates is to go back to Hope for Prisoners and share their stories of triumph.

Adwell will also be speaking at the graduation ceremony, sharing her story of recovery and help inspire people who are graduating to stay on the correct path.