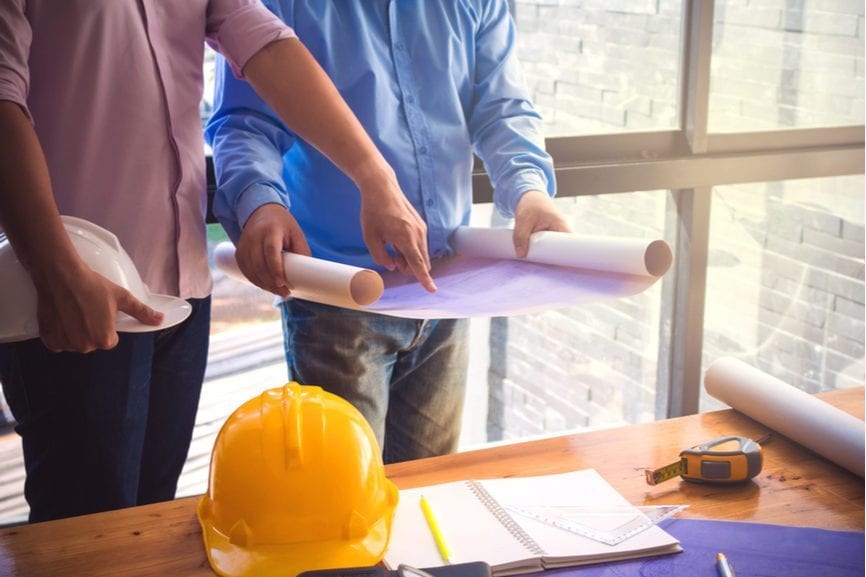 From July 2007 to July 2008, more than 10,000 people left Las Vegas as the unemployment rate in the metro area skyrocketed to more than 12 percent and home prices plunged by 30 percent. It was a grim time. Thousands of workers who filled construction jobs left the state in search of a way to survive the Great Recession.

Fast forward to 2019, and Las Vegas is once again experiencing a construction boom. Unfortunately, many of those skilled workers who left have not returned, putting employers in a tough position as they scramble to fill construction jobs that can pay up to $40 an hour.

Enter Jon Ponder. A former convict who founded Hope for Prisoners, Ponder has formed an organization that supplies construction companies and other employers with workers who have previously been incarcerated. His organization provides training and mentorship for inmates for 18 months after they get out of prison and get a job, providing employers with the workforce they need and former inmates with a chance to earn a good living and avoid returning to crime.

“When I founded this organization 10 years ago, one of the first challenges was finding employers willing to hire formerly incarcerated individuals for more than minimum-wage telemarketing jobs,” Ponder says. “There’s been a giant stigma in showing that people who were formally incarcerated can be an asset and not a liability. Now, there are thousands of positions available to former prisoners who participate in the Hope for Prisoners program.”

The National Employment Law Project  reports that there are currently 35 states, the District of Columbia and more than 150 cities and counties that have adopted “fair-chance” policies or “Ban the Box” legislation, which stops employers from requiring applicants to report a past criminal history on a job application.

Instead, these policies delay background checks until later in the job process to give applicants the chance to prove their value before being eliminated. Currently, more than three-fourths of the U.S. population, or 258 million people, live in a jurisdiction that has this type of legislation, NELP reports.

In addition, the Society for Human Resource Management (SHRM) is asking employers and industry trade associations to sign a pledge called “Getting Talent Back to Work,” which promises to hire former inmates. SHRM announced earlier this year that associations and companies representing more than 60 percent of the labor force in the United States have signed the pledge, promising to change their recruiting efforts to include those with a criminal background.

GOOD FOR CANDIDATES, GOOD FOR COMMUNITIES AND GOOD FOR BUSINESS

Last year, JPMorgan Chase hired 2,100 people (about 10 percent of the company’s new hires) who had been found guilty of low-level crimes, says Gershom Smith, the company’s assistant general counsel. More than a month ago, the bank also launched a program in Chicago, Illinois, collaborating with local community organizations to offer potential candidates with criminal backgrounds training and mentorship.

“It is still early days for our program in Chicago, but we made nine job offers in the past 30 days,” Smith says. “No position is off-limits. Every candidate will get a full and fair individualized assessment.”

NELP estimates that some 70 million people in the United States have some sort of criminal record and almost 700,000 people are released from prison every year. Men with criminal records make up about 34 percent of the unemployed men who are of prime working age. In 2008, during the Great Recession, only 10 percent of the formerly incarcerated had jobs.

“Business must do its part in helping more people share in the benefits of economic growth,” Smith says. “We want the best person for every job and believe that an individual’s criminal background should not automatically disqualify them.”

TRAINING, COACHING, AND MENTORSHIP ARE KEYS TO SUCCESS

Still, that doesn’t mean those with a criminal background can avoid their past completely, said former inmate Kory Crossman. He advises that it’s best to be honest with an employer during the interview process.

“You’ve got to own it. I understand the skepticism and concerns of an employer. But I let them know I hoped I could be judged by what I’m doing now, not what I did,” Crossman says.

Crossman, 46, has only been out of prison for nine months, serving more than 20 years in state and federal prisons. Because he was a repeat offender with convictions for various offenses, Crossman says he never believed that there was anything in his future besides prison.

When Crossman, whose mother volunteered at Prisoners for Hope, learned he was being paroled, he contacted Ponder. After entering the intensive training program upon his release, Crossman was coached on everything from how to fill out a job application to what to say in a job interview.

He now works as purchasing manager and small-equipment manager for Civil Werx, a general engineering contracting company. While he had some construction experience and received small-business training in prison, he says that every day he’s learning something new and is committed to staying out of prison.

“I love it. I wake up excited every day,” Crossman says. “Sometimes it’s hard, but the bottom line is that I’m a free man. I’m not hungry, I’m not cold. And I make a ridiculous amount of money for how long I was incarcerated.”

Ponder says that many construction jobs can earn workers up to $40 an hour, and other jobs – such as driving a bus for the Regional Transportation Commission in Nevada – can net up to $18 an hour. “We’ve got people who were formerly incarcerated who have been promoted into supervisory positions,” Ponder says. “Some of these people have never worked a day in their lives before this.”

One of the keys to success for the formerly incarcerated is the training, coaching and mentorship they receive before, during and after the job application process. In Hope for Prisoners, for example, participants may receive additional training in skills like customer service from the organization even after they’ve gotten a job to ensure the worker will meet or exceed expectations, Ponder says. JPMorgan’s Smith says that the bank collaborates with various nonprofit organizations that offer mentorship and training to potential candidates, which it believes is important to the success of the people it hires.

Crossman agrees with that assessment and believes he’s finally found the key to a successful – and free – life.

“I spent 35 years doing the wrong thing,” Crossman says. “But I don’t want that anymore. I don’t want to be incarcerated. I love my job.”