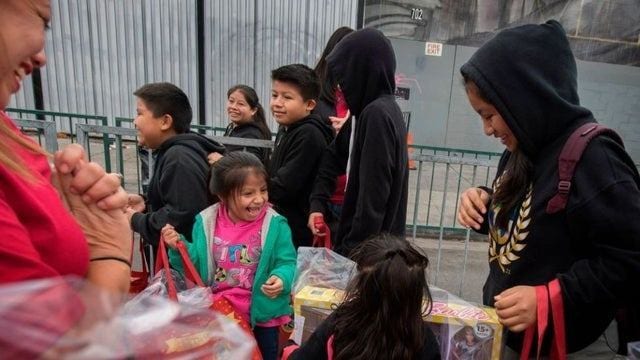 Precious Gifts From Those Who Have The Least

BY ROBERT L. WOODSON SR., OPINION CONTRIBUTOR — 12/25/19 02:00 PM EST
THE VIEWS EXPRESSED BY CONTRIBUTORS ARE THEIR OWN AND NOT THE VIEW OF THE HILL

For 40 years, I have had the honor of meeting hundreds of grassroots leaders who selflessly dedicate themselves to uplifting their low-income communities and transforming the lives of men, women and youths entrapped in addiction, predatory and self-destructive behavior, and the lifetime consequences of their past failures.

Most of these committed neighborhood healers once suffered from the same afflictions that they now lead others to overcome. They may not have a Ph.D. after their names, but the “ex-” before their names qualifies them to be true agents of transformation with firsthand knowledge of the obstacles that have destined lives to failure, the empathy that engenders long-term commitment; and 24-7 availability to those they serve. This elicits trust and respect that is the foundation for change.

Among these grassroots healers was Pastor Freddie Garcia, a former addict who, with his wife, Ninfa, launched Victory Fellowship to reach addicts and alcoholics. The ministry, led by Ninfa and their son Jubal since Freddie’s passing, has grown to include hundreds of bases throughout the world. Its humble beginnings were on the day when Freddie and Ninfa moved the furniture out from their little bungalow in San Antonio to make room for the outcasts they invited to live under their roof. A key element of the impact of this ministry was enlisting former addicts as coaches and friends to empower others to climb out of the abyss of addiction.

A powerful community-based effort to reduce youth violence began with the outreach of a group of men who came together to address a crisis in the Benning Terrace neighborhood of Washington, D.C., where they grew up. The neighborhood had become a “war zone” where conflict between rival gangs claimed 53 lives in a five-block area within five years. This Alliance of Concerned Men approached the members of the warring gangs personally, starting with the leaders of the factions, offering unconditional care, guidance and support, as well as links to opportunities for positive action. As a result, homicides in the neighborhood plummeted to zero and remained so for 12 years.

The Benning Terrace model became the foundation of a nationwide Violence-Free Zone initiative that has been replicated in urban and suburban school systems and in collaborative efforts involving school systems and law-enforcement representatives, under the leadership of grassroots groups. These initiatives have had a substantive impact on reducing crime and violence in schools and their neighborhoods.

Hope for Prisoners, a re-entry program for incarcerated men and women, was founded by Jon Ponder, who had been in and out of jail since he was 14 and changed when he accepted Christ. Upon reclaiming his life, committed himself to empower others to do the same. He has garnered broad community support for his effort, including police officers. In fact, mentors enlisted to guide ex-offenders to make the journey to become responsible and caring spouses, parents and members of their communities include police officers — sometimes the officers who arrested their mentees. Since its inception, Hope for Prisoners has changed the lives of more than 2,000 people, with a recidivism rate of only 6 percent.

The life-transforming outreach in these examples and hundreds of others has the power to uplift those whose poverty is not material. Tragically, an absence of a sense of purpose and meaning in life has taken its toll among affluent communities as well. In Silicon Valley, the suicide rate for youths is six times the national average. In Palo Alto, distraught parents have taken part in a “bridge watch” in response to a rash of teen suicides; in the absence of hope and vision for their lives, the sons and daughters of the wealthy have hurled themselves to their deaths.

As part of the Violence-Free Zone, students from Columbine High School were brought together with inner-city participants in the program. After sharing how violence impacted their lives, one young girl from suburban Colorado commented that they were all the same and that “the only difference is that our neighborhoods have more grass.” Police mentors in the Hope for Prisoners program have reported they gain understanding and power in their own lives from their relationships with former offenders.

And the impact of Freddie Garcia’s ministry is best voiced by scholar and policy analyst Bill Schambra, whom I hosted for a site visit to the program. He commented with some puzzlement and perplexity, the “deep refreshment and revitalization” he always takes away from gathering with these neighborhood healers. “I always took away from these gatherings the feeling that it was somehow related to the struggles that I’ve faced in my own life — struggles different from his only because they occurred on the streets of more fashionable neighborhoods,” he said, noting how the battle with false substitutes for a fulfilling life took shape in upscale areas.

“I may never have been addicted to heroin or crack, but had I not, in fact, been enslaved to the other legal, so-called acceptable chemical addictions? Had I not been hopelessly addicted at various points in my life to work, to scholarly credentials, to physical appearances, to professional success, political power, social status? … I may have never been a prisoner behind physical bars, but had I not been imprisoned within my own inflated ego, my exaggerated notions of who I am, what I can do, my false presuppositions and prejudices about what others can do and who they are? … I may never have prostituted my body for money, but, far worse, how many times have I prostituted my spirit, my very soul, to achieve petty recognition, to win applause from the crowd, to impress a boss, to win professional advancement?”

Bill Schambra’s declaration carries a message of hope for people beyond all boundaries of income level, ethnicity, or race. What Freddie Garcia offered him was “infinitely more valuable than anything I could ever offer him. He was inviting me to join the healing community of broken and redeemed children of God. … That is what, every time, without fail, sends me away spiritually refreshed, renewed and healed.”

As we spend time with family and friends this holiday season, let’s also devote a little time to reflect upon the unearned blessings we have all received — often from people who do not know us and who derive no benefit for what they do.