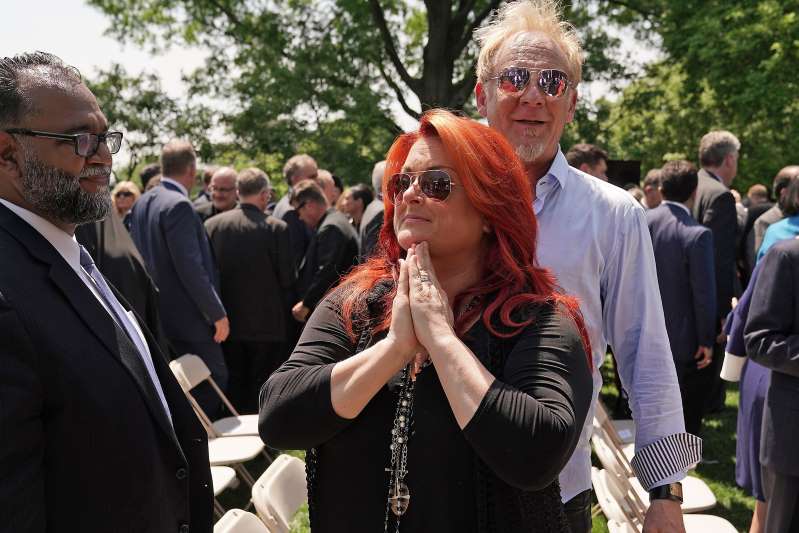 Wynonna Judd has reportedly been meeting with White House officials about working on criminal justice reform — an issue that hits close to home with her daughter, Grace Pauline Kelley, behind bars.

According to Politico, Judd and Rollins “discuss[ed] criminal justice reform and ways the administration can continue to enhance reentry programs for inmates and curb the return-to-prison rate.”

A White House spokesman did not respond to PEOPLE’s request for comment. A source familiar with the meeting described it as general and introductory — not unlike a meet-and-greet — and that Judd was briefly introduced to Kushner.

The criminal justice system is personal for Judd: Daughter Kelley was sentenced in June to eight years in prison for violating her probation stemming from a drug-related conviction in 2017.

Kelley, 22, will be released in March 2025 but is scheduled for a parole hearing in October, according to state records.

Her case prompted Judd to work with the nonprofit Hope for Prisoners, which helps inmates re-enter the world after they’re released with the hopes of lowering the recidivism rate.

The country star teased her possible partnership with the White House on Thursday, when she and husband Cactus Moser attended a National Day of Prayer event in the Rose Garden, according to the Las Vegas Review-Journal.

Judd declined to detail her meetings with the White House, the Review-Journal reports, but said that when she was ready to talk about her work with the administration it would be “loud and proud.” She has known Trump for decades, according to the paper.

“This is the beginning of a new chapter for me,” Judd said, but noted “it’s just about love and music for me today.”

She was spotted by President Trump at Thursday’s White House event, and he called her out as he stood before the crowd.

“Well, I’m looking at that beautiful red [hair],” he said. “Would you please stand up? What a voice. You’re so great.”

Judd told reporters during the event that she was “really using this time to speak out for the unloved [and] people who feel forgotten,” according to Politico.

Hope for Prisoners founder Jon Ponder confirmed to the Review-Journal that Judd met with Rollins and Kushner, and he praised Judd as being “fully vested in the work we’re doing.”

The focus on prison reform comes months after Trump signed the First Step Act into law in December. The bipartisan legislation, a lone spot of consensus for an administration largely focused on more divisive issues, includes sentencing reforms and an expansion of programs focused on helping prisoners not re-offend such as job training.

Judd is not the first celebrity to throw her support behind the cause in an official capacity; Kim Kardashian met with Trump in May 2018 to help free Alice Marie Johnson, a grandmother imprisoned in Alabama for life for a nonviolent drug crime.

Johnson was granted clemency by Trump weeks after his meeting with the reality star.

Since then, Kardashian West has made criminal justice reform a priority and even recently revealed she’s studying to become a lawyer.