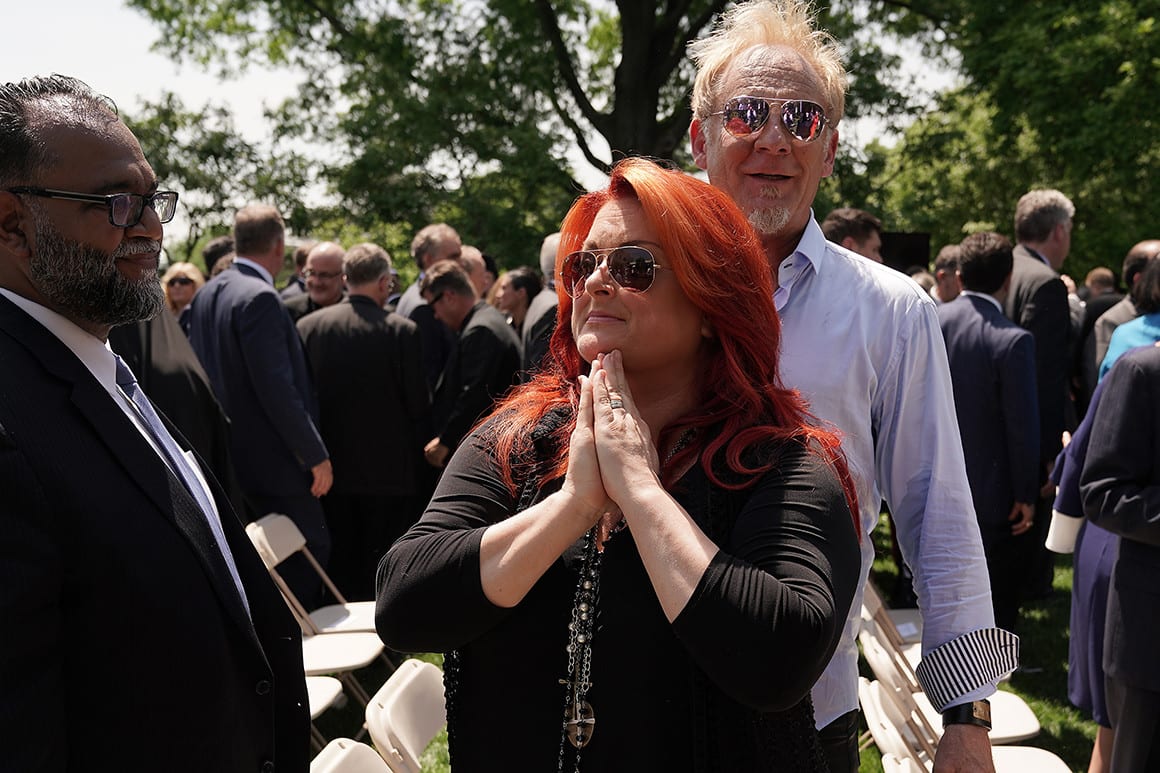 By GABBY ORR and ANITA KUMAR

Country music star Wynonna Judd, who has worked closely with groups that help inmates transition back into society after incarceration, is partnering with the White House on a new criminal justice reform project, according to two administration officials.

Judd’s 22-year-old daughter, Grace Pauline Kelley, received an eight-year prison sentence last June for violating the terms of her probation stemming from a drug-related conviction the previous year. In the months since her daughter’s sentencing, the former Las Vegas headliner has worked closely with Hope for Prisoners, a nonprofit group that aims to reduce recidivism rates by educating and training inmates.

“Now I have a personal investment,” she told a local Las Vegas news station last month.

During a White House event Thursday for the National Day of Prayer, Judd told reporters that she was “really using this time to speak out for the unloved [and] people who feel forgotten.” Her project with the White House marks “the beginning of a new chapter,” she added.

Judd, who declined to disclose details of her partnership, met with Brooke Rollins, a senior staffer in the White House Office of American Innovation, on Wednesday to discuss criminal justice reform and ways the administration can continue to enhance reentry programs for inmates and curb the return-to-prison rate. A White House official confirmed the meeting to POLITICO. Judd also spoke briefly with White House counselor Kellyanne Conway and President Donald Trump’s son-in-law and senior adviser, Jared Kushner, but did not participate in formal meetings with either.

The partnership with Judd is the latest instance of the president and his team working closely with celebrity figures on key agenda items, like criminal justice reform. Trump and Kushner have previously engaged reality TV star Kim Kardashian and her husband, rapper Kanye West, on the issue of prison reform.

Trump has also elevated celebrities to senior administration roles, such as Omarosa Manigault, a former “Celebrity Apprentice” contestant who went on to serve as communications director for the White House Office of the Public Liaison before being fired last year, and WWE co-founder Linda McMahon, who recently left her position as head of the Small Business Administration to lead a pro-Trump outside group.

udd’s work with the White House follows Congress’ passage of the First Step Act in December, a bipartisan bill that eases punitive sentences for nonviolent offenders and aims to help inmates prepare for life after prison. She said Thursday she was invited to the White House to discuss the issue and planned to meet with Trump, whom she’s known for more than three decades, at some point in the near future.

Judd, who was arrested and charged with driving under the influence in November 2003, has never faced incarceration herself. Her daughter is scheduled for release in 2025.