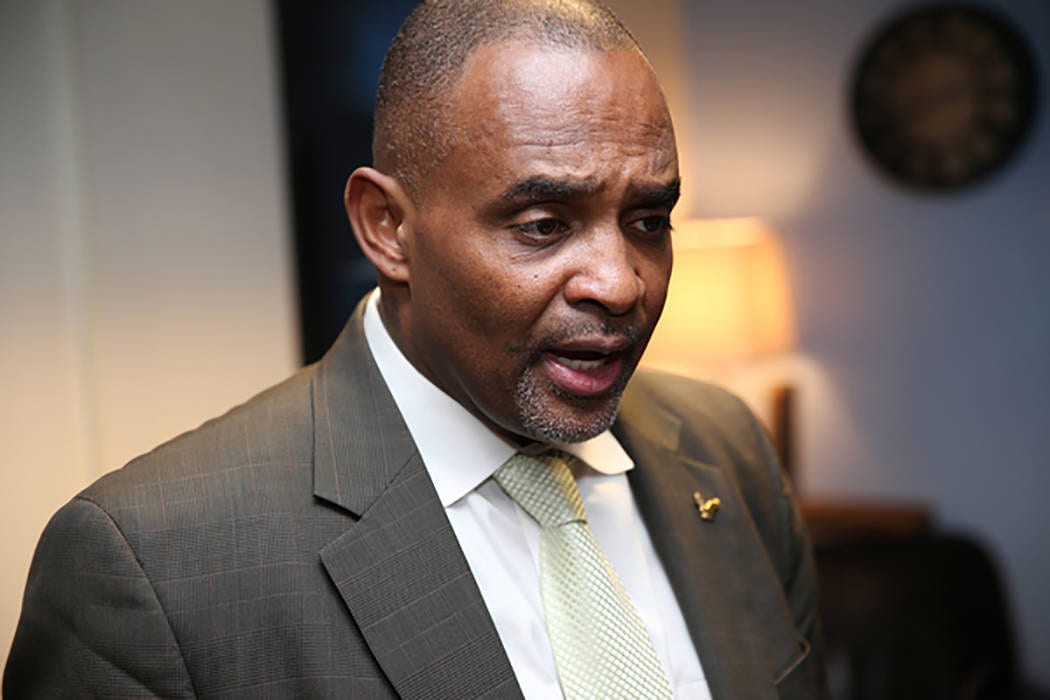 24 to graduate from Las Vegas program that helps ex-inmates

“He has the respect of people coming out of prison, so they know it’s not a pipe dream of some middle-class person who cooked this up,” Woodson said from his Washington office.

Woodson is scheduled to speak Friday at a graduation ceremony in Las Vegas for some 24 ex-offenders at Hope for Prisoners. Woodson believes the program succeeds because of its ties with law enforcement.

In May, Ponder sat in the Rose Garden next to Richard Beasley, the FBI agent who arrested him in 2004, as President Donald Trump recognized the pair during a National Day of Prayer event.

Beasley was there when Ponder entered a half-way house: a friendship that served as a model for a program that partners ex-offenders with mentors, many from law enforcement.

Employers are more likely to hire ex-offenders, Ponder believes, when they know that mentors have schooled participants in the skills and habits necessary to succeed and that they are around to provide guidance and support.

A 2016 research brief by UNLV’s Center for Crime and Justice Policy found a recidivism rate of 6 percent among Hope for Prisoners participants during a six-month to 18-month window, according to the center’s director, William H. Sousa.

That’s a great statistic compared with the 2002 study that found that almost two-thirds of 272,000 parolees reoffended within three years of their release.

“Employment is a very big factor,” Sousa said. Former inmates who work full-time are much more likely to stay out of prison.

In a video posted on the organization’s website, Metropolitan Police Department Undersheriff Kevin McMahill talked about his early reluctance to work with Ponder because McMahill had partnered with other programs that were failures. Hope for Prisoners broke that mold.

“We’re not just talking about low-level offenders,” McMahill said. He described many Hope for Prisoners participants as people “who never really had a chance.”

Clark County District Attorney Steve Wolfson, who also will speak at Friday’s ceremony, is working with Ponder to develop a program for “pre-ajudicants,” people who are entering the criminal justice system.

“After spending 30 days or 30 years in prison, so many of these folks have nothing and don’t know where to turn,” Wolfson said.

President Trump’s remarks in White House ceremony in May

“Jon (Ponder) grew up without his father. As he tells it, ‘My mother was strong, but she wasn’t able to keep us out of the gangs and off the streets.’…

“Jon soon ended up in federal prison, relegated to solitary confinement. That’s where God found him. Jon began to read the Bible and listen to Christian radio. Right? Incredible.

“One morning, at 2 a.m., he woke up to the voice of the great Billy Graham. Reverend Graham’s words came through the airwaves, ‘Jesus wants to be Lord of your life.’ That night, Jon dedicated his life to Christ.

“He spent the rest of his time in prison praying, studying the Bible, and bringing the Lord to his fellow inmates. The day after Jon’s release, a visitor knocked on his door. It was the man who put him in jail, FBI Special Agent Richard Beasley.”