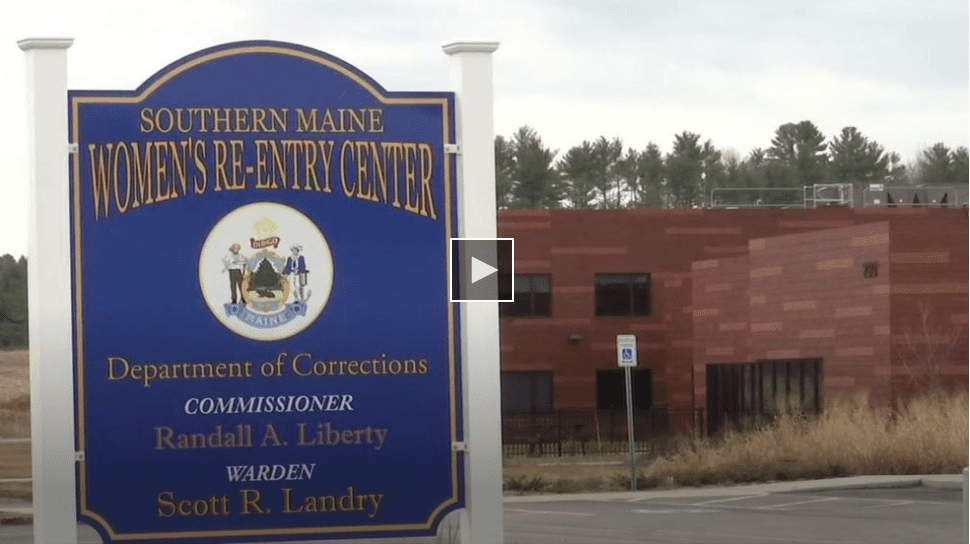 WINDHAM (WGME) — Criminal offenders who return to their communities through a re-entry program have a greater chance of holding down a job and reduced risk of re-offending and returning to prison, according to federal justice program research.

The only such program in Maine for female offenders has been open for three years and is on track to replicate the successes shown in similar re-entry programs in Nevada and Texas.

Corrections staff at the Southern Maine Women’s Reentry Center in Windham say 90 percent of the women are moms, like Samantha White, of Bangor, who has been serving six years for thefts and burglaries while she was struggling with opioid addiction.

“Not a lot of people want to hire felons, especially someone who has thefts and burglaries,” White said, but she’s hoping despite her criminal record that her work record proves her worthy of a job when she’s due to be released in April 2020.

She’s been working off-site with work release permissions through a local beverage distributor and slowly re-acclimating to society all the while visiting with her children.

“I feel like I’m getting a second chance at, well — my life,” White said.

Overlooking her on the hill is a reminder of a life she doesn’t want lead again: increased security, general population prison with no work release. She thinks about that, but more than anything she thinks about her kids.

No one believes in the women more than someone who knows the value of second chances — the newly appointed Maine Corrections Commissioner, Randall Liberty.

“I believe in redemption. I believe that all people can be redeemed… I first visited the Maine State Prison to visit my father in 1971. He was incarcerated,” Liberty said.

Re-entry programs reduce recidivism rates by 83 percent, according to Bureau of Justice statistics.

A program like the one in Windham, “Hope for Prisoners in Las Vegas,” saw 64 percent of participants finding stable employment and only 6 percent were re-incarcerated in two years.

Access to education further improves those statistics. The “Prison Entrepreneurship Program” in Texas showed a three-year recidivism rate of 7 percent while 100 percent of the graduates were employed within 90 days of release from prison.

The Windham facility is trying to mirror those results with a no-cost education program that started last year called the College Guild. Offenders work on class assignments with volunteers from Maine colleges.

The center has adopted other best practices from successful programs, like equine therapy.

It’s all part of getting women ready to be a part of society once again.

White hopes to earn her commercial drivers license when she’s due to be released next year. And her work supervisors say they’re ready with a recommendation.

“And I’m hoping that it shows that I’ve changed and I’m willing to work and ready to move on with my life,” White said.

A blind spot of the program is what other successful programs have that enable them to tout their success: accurate, long-term data.

Commissioner Liberty says if an offender doesn’t show up again within five years they consider that person’s case a success, but if if they re-offend or lose their job, they often don’t hear about it.