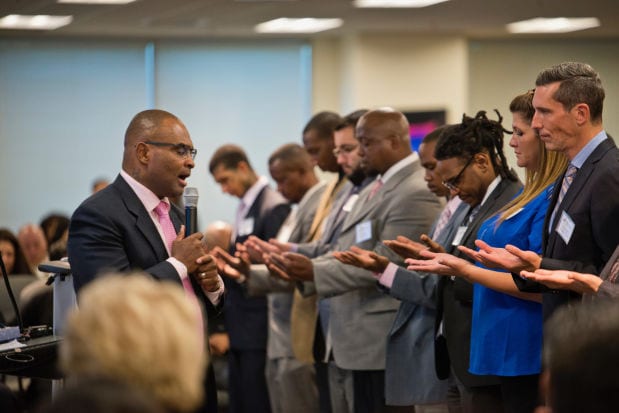 Even the Fiercest Social-Justice Warrior Should Learn Mercy

Modern activists’ focus on group identities and past wrongs deepens divides rather than erasing them.

As Black History Month comes to a close, it is sad to see the rich legacy of the civil-rights movement being pilfered and misappropriated by identity groups in their quest for power and influence. They are aided by a parade of black scholars and pundits who publish books that focus on the history of slavery, Jim Crow and other past oppressions, and attribute present-day dysfunction among blacks to the persistence of this racist legacy.

As a veteran of the civil-rights movement, I remember how our most effective weapon against bigotry, hatred and oppression was radical grace. If social activists want to mimic us, let them follow in this direction rather than demand the elevation of their particular tribal interests above all others. Activists’ focus on group identity and past wrongs fuels anger and resentment, deepening divisions instead of erasing them. The only antidote to the growing conflict is for black America to take back its historical victories against injustice from those repurposing them as ammunition for an anti-American agenda.

I witnessed tremendous grace in action recently, when I attended a unique graduation ceremony at Hope for Prisoners in Las Vegas, where Ashley Olivetti was beginning an 18-month prison re-entry program. Ms. Olivetti shared the story of what led her to that day. In 2017 she was with her boyfriend in a car being chased by the police. Police shot Ashley and her boyfriend before the ensuing arrest. Officer Tyler Hebb, the man who shot her, rushed to stop the bleeding and saved her life. She was sentenced to two years in prison.

Ms. Olivetti reclaimed her life through the Hope for Prisoners initiative, and at the ceremony she thanked Mr. Hebb for saving her, physically and spiritually. She embraced him warmly while clutching her 7-year-old son. “This is the man that saved mommy’s life,” she explained. There wasn’t a dry eye in the room.

Hope for Prisoners’ founder, Jon Ponder, uses his own life experiences as he mentors those who come through his program. Mr. Ponder had been in and out of prison since he was 14. At 37 he had a religious encounter that changed his life. Upon his release, he sought to help others as he has been helped. He reached out to and gained the support of the FBI agent who had arrested him, the U.S. attorney who prosecuted him and the judge who sentenced him. In the past 10 years Hope for Prisoners has helped more than 2,000 ex-offenders rebuild their lives with only about a 6% failure rate, according to a 2016 study by the Center for Crime and Justice Policy. Many of the program’s mentors are volunteers from law enforcement.

Looking into the past for more examples of awesome grace, I’ve remembered amazing stories that have been buried and ought to be resurrected.

In 1962, during the early days of the civil-rights movement, the Rev. Charles Billups, a Korean War veteran and a leading crusader in Alabama, and two of his black co-workers were dragged into cars when they left their night shift. Billups was chained to a tree and savagely beaten. The four Klansmen who attacked him placed a hot branding iron on Billups’s stomach that left the letters “KKK” as a permanent scar. Later, one of the assailants became remorseful and came to Billups’s home offering to turn himself in. Instead of demanding retribution, Billups declined to press charges and prayed with his attacker.

Robert Smalls was born into slavery in 1839 in Beaufort, S.C. Amid the Civil War in 1862, he and other dockworker slaves commandeered a Confederate supply ship, picked up their families along with other slaves, and safely steered the ship past five Confederate forts. Congress honored Smalls and awarded him $1,500 for seizing enemy assets. He went on to become a successful businessman and member of Congress during Reconstruction, and he eventually purchased the plantation in South Carolina where he had been a slave. In an act of grace, he took in and cared for family of his former owners, who had become destitute.

None of those people deserved the forgiveness they received, but by reconciling with them anyway, men like Smalls and Billups shrank the divide between their warring communities. The same dynamic plays out today at Hope for Prisoners graduations, where family members, friends, arresting officers and sentencing judges gather to witness graduates pledge to become worthy of the opportunity to redeem their lives. The divisions that would normally keep those people apart disappear in a celebration of forgiveness. Graduates know they are the recipients of grace and take seriously the second chance.

This is a model for anyone seriously interested in erasing injustice and promoting equality. Nobody grows when activists are intolerant of others’ flaws or demand the end of careers because of past wrongs. Emphasizing past evil—let alone manufacturing racial attacks to satiate the media’s appetite—inflames anger on both sides. Let us wisely choose grace instead.

Mr. Woodson is president and founder of the Woodson Center.