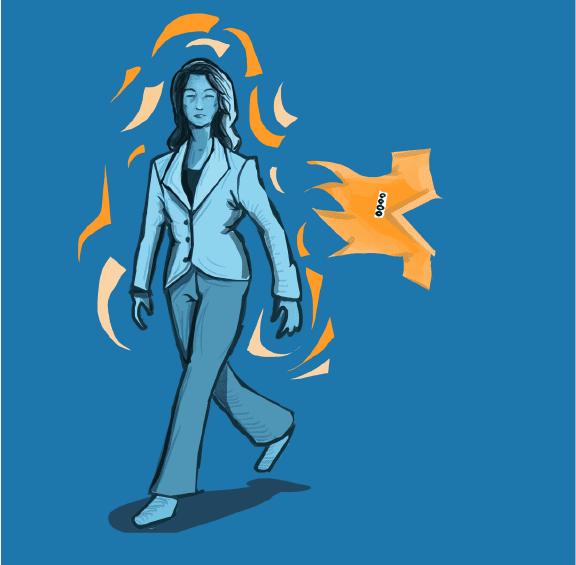 In 2012, Eric Devon Garbutt stood before a group of formerly incarcerated individuals like himself and tried to predict his future. In one year, he said, he’d be involved in the day-to-day lives of his five children and would have meaningful employment. It would be a big departure for Garbutt, who was embroiled in Los Angeles gang culture as a youth, imprisoned at 18, and bounced in and out of county jails in California, Texas, and Nevada after that.

After his latest arrest, for violating probation in Las Vegas, Garbutt’s case manager pointed him toward Hope for Prisoners, a community-based program helping folks reenter society after their prison or jail sentence ends. When clients graduate, they deliver a “vivid vision” speech in which they detail what their lives will look like a year later. Garbutt’s proved to be a turning point — after his speech, he was approached by the manager of a sales company and was hired shortly afterward. Garbutt today is himself a manager and, as predicted, is involved with his children and eight grandchildren.

He’s not alone. Since its 2010 formation, Hope for Prisoners has graduated more than 2,600 people. A 2016 review of the program found that 64 percent of graduates found stable employment within 18 months. Just 6 percent of clients who complete the program return to jail or prison, a fraction of the federal incarceration rate. The program has built partnerships with numerous Las Vegas-area employers, and its case managers look after graduates for 18 months. But Hope for Prisoners’ most important element, many say, is a robust mentor network heavily populated with folks typically absent from the reentry process: police officers.

“Nowhere on this planet has law enforcement gotten this involved in mentoring and training people that are coming home from the prison system,” said Jon Ponder, Hope for Prisoners’ founder.

Each of the program’s 200-plus volunteer mentors undergoes training on how to interact with clients and the barriers they face in reentry. Researchers at the University of Nevada, Las Vegas concluded in a 2016 study that the mentor network was integral to client success. “While it is difficult to disentangle the impact of the various components of the training course on these outcomes,” the authors wrote, “both quantitative and qualitative analyses suggest the importance of Hope’s mentor program.”

More than 70 of those mentors are officers with the Las Vegas Metropolitan Police Department. “Many of these participants had never had a positive interaction with the police,” said Charles Hank, an LVMPD assistant sheriff and member of Hope’s board of directors. “Many had never shook hands with a police officer.”

While mentors come from all walks of life, Ponder said the LVMPD’s involvement presents a special sort of win-win. While clients learn to trust law enforcement, police officers see the repercussions of arresting the same people over and over again.

Mentoring fosters empathy for those trying to rebuild their lives post-release.

About 68 percent of people released from prison return within three years, and the inability to find employment is considered a prominent reason why. The Prison Policy Initiative estimates the unemployment rate among formerly incarcerated people is

27.3 percent; an ex-offender would have better odds of finding a job in Kosovo. A survey commissioned by the Charles Koch Institute found 74 percent of hiring managers were willing or open to hiring ex-offenders, but research has shown that folks with criminal records receive 50 percent fewer callbacks on applications. And the uphill climb is far steeper for people of color and women.

Ponder knows firsthand the difficulties of reentry. He has been in and out of prison for much of his life, most recently for a federal bank robbery conviction. While programs helping inmates with everything from vocational training to substance abuse have long been around, Ponder felt they were too shortsighted to do lasting good. So, when he was released in 2009, he began crafting a more comprehensive program in his spare time.

“The problem is, once that person walks out the gate, the programming stops. They get launched back into the community with no help,” Ponder said. “That’s why we provide a continuum of care. Once they walk out our gate, we stay with them for 18 months.”

The first cohort in 2010 had 12 people; this year, Hope for Prisoners is on track to graduate more than 500. Its clients work in casinos and for the state government; some will help build the new Raiders NFL stadium.

All clients attend a five-day workshop that touches on personal finance, goal-setting, time management, and other fundamental life skills. They can also attend more detailed finance, technology, and leadership courses. From there, folks graduate on to more fine-tuned career-track assessments to determine whether, for instance, a graduate should pursue a plumbing apprenticeship or college. Caseworkers and mentors then guide clients toward those goals while helping stabilize their personal lives. Mentors introduce themselves to potential employers, not only to put in a good word for the mentee, but to show the employer that they’ll be available to help should a Hope graduate start having issues.

“Employers are not willing to hire a project,” Ponder said. “If we can utilize all the resources we have to help make sure … they’re going to be an asset and not a liability, then employers will hire them all day long.”

Cops vouching for them is a strange experience for Hope clients, particularly those from places where police are often seen as a threat.

Garbutt, for one, grew up distrusting law enforcement. “Seeing so much abuse of family members … situations where we called the police, and when the police got there, it turned into us being suspects” soured his outlook, he said. But a LVMPD lieutenant taught a leadership class he took at Hope for Prisoners, and the experience left him feeling that most officers are just trying to make a living doing something that helps their community.

Now, Garbutt has the personal phone numbers of two police officers. “I never thought I’d have that,” he said, chuckling.