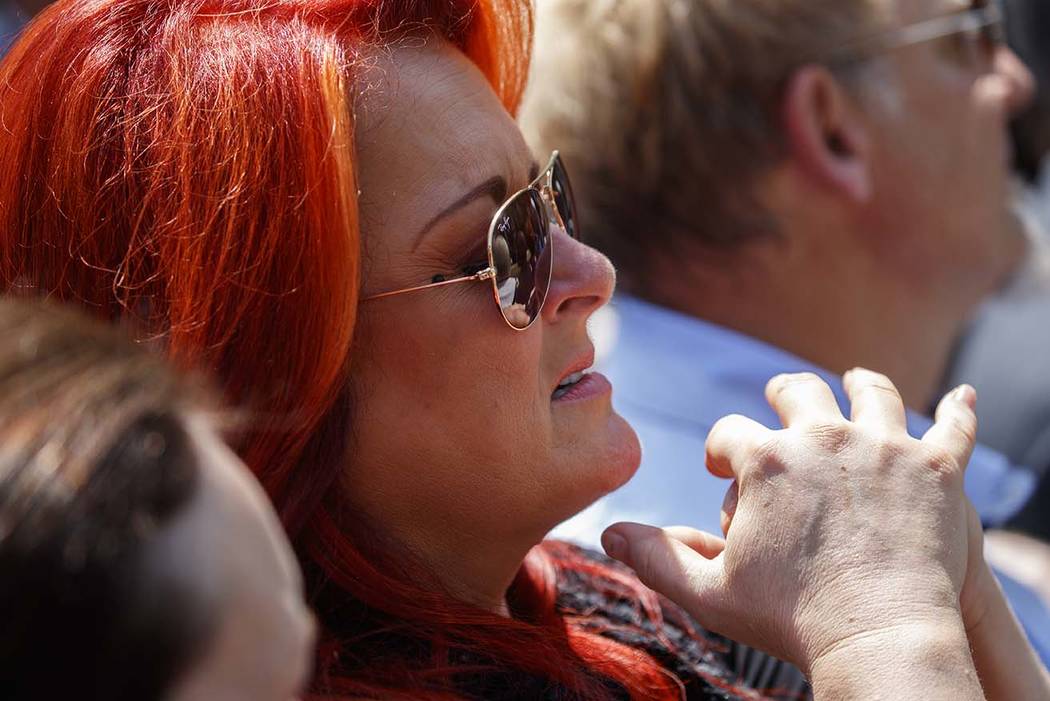 WASHINGTON — Country music star Wynonna Judd dropped hints Thursday that she is working with the White House and Hope for Prisoners of Las Vegas to help inmates re-enter society.

Judd and her husband, Cactus Moser, participated in a National Day of Prayer event in the Rose Garden Thursday. Afterward she told reporters that she had attended a couple of meetings in the White House on Wednesday.

Judd did not want to disclose the reason for the talks, but promised that when she talked about her advocacy with the White House she would be “loud and proud.”

“This is the beginning of a new chapter for me,” she added.

Judd also dropped a clue when she said she met with “Brooke,” an apparent reference to Brooke Rollins, a special assistant to President Donald Trump who has been a key figure in administration’s criminal justice reform efforts.

Last month, Judd also participated in a graduation ceremony for Hope for Prisoners, a Las Vegas nonprofit that has helped more than 2,000 former inmates re-enter society.

Trump summoned Judd to join him at the podium during Thursday’s event. “What a voice,” Trump said. “You better come up here.” But Judd declined and Trump moved on.

Later Judd said that she had known Trump for 35 years, adding that “it’s just about love and music for me today.”

Also in the Rose Garden were Pastors Pasqual and Norma Urrabazo of the International Church of Las Vegas.